The Importance of Consequences 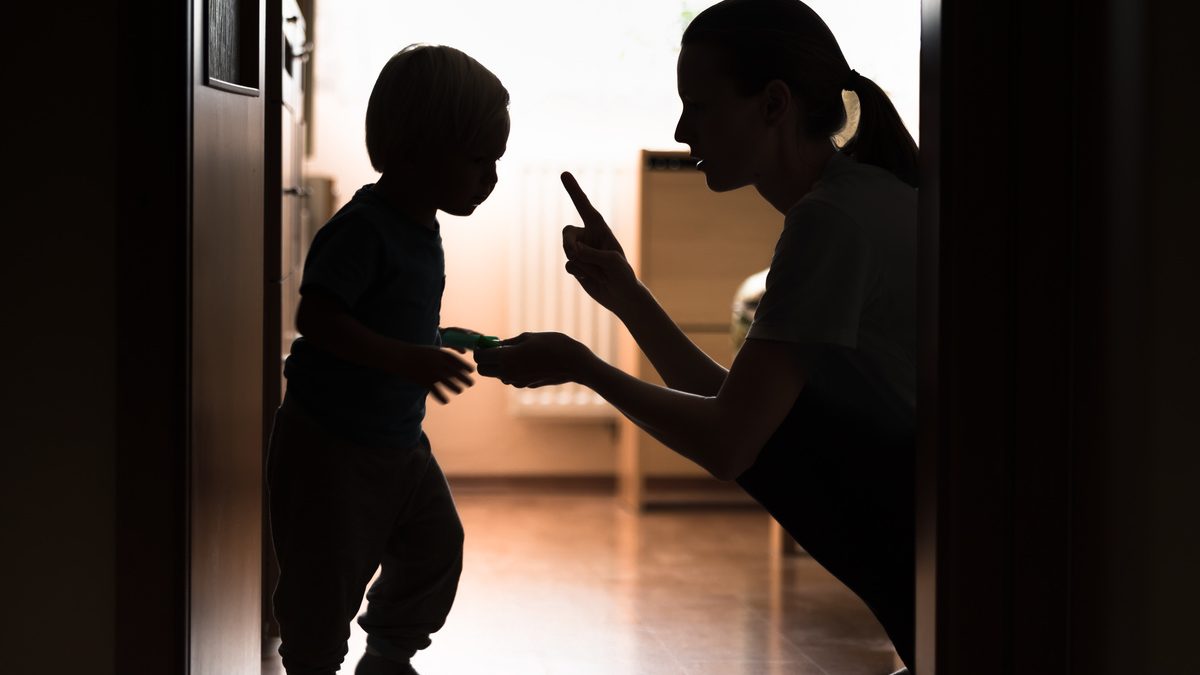 Today I want to talk about consequences; how they help us raise better kids and enable us to be better parents.

We are all in the tough trenches right now dealing with Covid-19. That may look different upon where you are in the US but by me, my kids are virtual. Which means I am mom AND teacher. Which means we are home.. ALL THE TIME. Which means there may be a lot of consequences happening at our house lately.

The most common issue I see with toddlers who are, what we might cordially describe as, “out of control,” is that they never face any consequences. Their desirable behavior is rewarded but their unwanted behavior is met with either indifference or anger from their parents. (Just a quick note for those of you who might be thinking that making your parents angry is a form of consequence. It’s not. Anger is attention, even if it’s negative attention, and if your toddler is looking for attention, they’ll take it in whatever form they can get it.)

Now, I’m as progressive as the next parent, and I think most of us can agree that our kids should be free to experience emotions and figure them out in their own way. Anger, sadness, frustration, and other negative emotions shouldn’t be suppressed. Kids should explore those feelings and learn how to cope with them. But that doesn’t mean that they should be allowed to throw their toys or hit their siblings. It’s our job as parents to teach our kids about the real-world consequences their actions can have.

And the truth is, toddlers don’t want that level of autonomy. Every child I have ever known or worked with has been happier living in a world with structure and boundaries. Giving your little one free reign to do as they please sounds fantastic, but it’s too much for a child that age to navigate. The feeling that they’re completely untethered leaves them with no direction or expectations, and they end up feeling overwhelmed and unguided. So there has to be rules, and when those rules are broken, there have to be consequences- otherwise, they’re not rules, they’re suggestions.

How do we put these consequences into effect? Just like everything in parenting; clearly and consistently. Now, speaking strictly for myself here, and recognizing that there are as many functioning ways to discipline a child as there are children on this earth, one of my favorite strategies is still the tried and true time-out, but however you apply consequences for your child’s behavior, here are a few things to consider.

2. Set up a designated area

Have a space where your child can go to serve out their sentence. It should be somewhere out of the view of the rest of the people in the house, but also where there’s nothing they can get into that could be dangerous. We want them to dislike their punishment, remember, so somewhere boring like the laundry room, works well. (Just remember to
keep those detergent pods well out of reach.)

I’ve had parents tell me, “I try to give him a time-out, but he won’t sit in the chair.” This is one of the reasons I like time-based consequences. I find the best approach is to set a timer, show your little one how long they’re in time-out for, and then reset the timer every time they get up out of the chair, or leave the room. They might pitch a fit and get up to leave the first several times they’re put in the chair, but after a while, they’ll realize that they’re just prolonging the situation by refusing to listen. 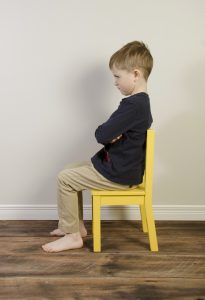 I know parents whose idea of a time out is for their toddler to sit on Mommy’s lap for five minutes while she strokes their head and sings to them, and while I’m all for soothing a child who’s lost their cool, we need to remember that a negative consequence needs to be at its heart, unpleasant. We don’t want to reinforce undesirable behavior by
consequencing it with a cuddle session or a treat just because it will ease the situation.

We want this to be a little bit unpleasant, otherwise it’s not going to steer the child away from the behavior in the future, so make sure their time-out is spent without any attention or entertainment.

It may sound cliche, but I still love the saying, “A rule is only a rule… if it’s a rule.” If you explain the rules to your toddler, but then only enforce them some of the time, well they’re not really rules after all. It’s confusing for a child when they don’t know if the rules apply in a specific situation, and they can end up feeling really frustrated if they end up getting punished for something that was clearly not an offense the night before. So set clear rules and enforce them 100% of the time. I totally understand that none of us want to be the bad guy. We all want to have a perpetually loving and happy relationship with our kids, and not play the prison warden. But we signed on for the job when we became parents. We have to be the grown-ups and accept the responsibility of establishing and enforcing the law. If we don’t, well, you guessed it. There will be consequences.