Why does my baby wake at 3am?!

Switching from a Crib to a Bed 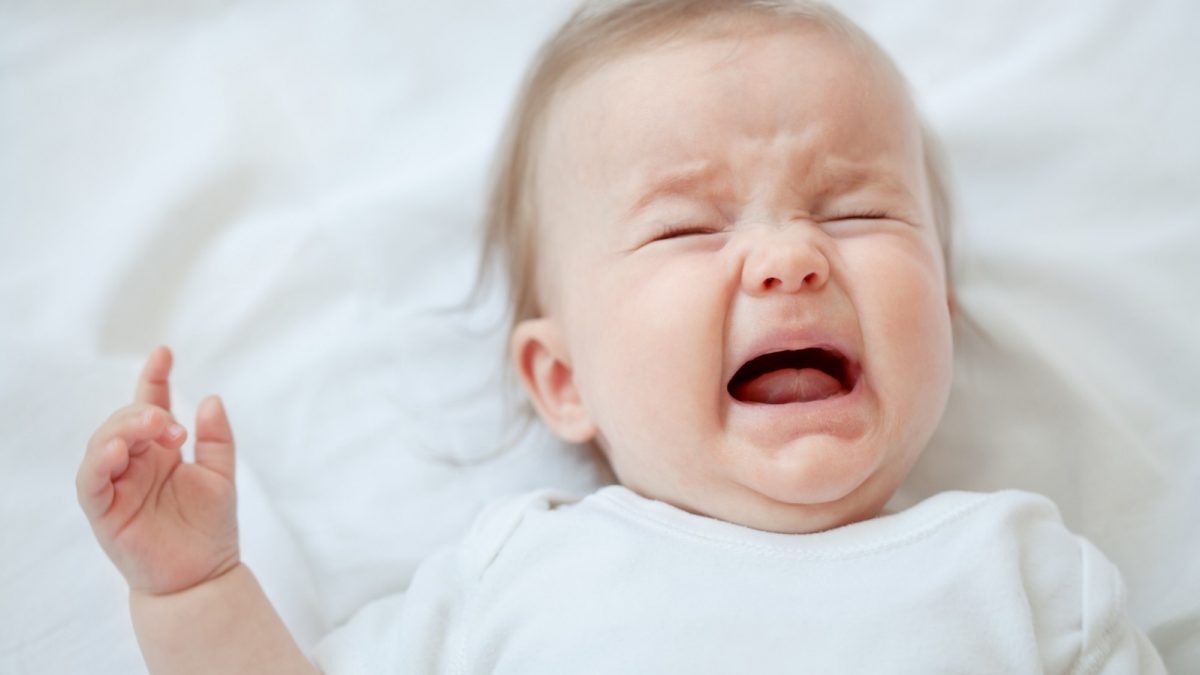 That right there might be the single most common question new parents ask.

Is it a developmental milestone? A regression? Are they getting too much sleep during the day, or not enough? Maybe they’re just hungry. Maybe they’re too hot, or too cold. Well, the truth is that it could be any of those things, and it could be a combination of several of them. What that means, and what you’re probably already aware of, is that baby’s sleep is tremendously complicated. Their bodies and brains are rapidly going through significant changes,
and by the time they’ve got one issue under control, a new one pops up to take its place. There are factors you can control, obviously. If baby’s too hot, you can turn up the AC or put a fan in the room. If they’re teething, a little
Children’s Tylenol can often solve the problem, at least temporarily. But those are the simple fixes. The reason most people have such a challenging time with their babies’ sleep is because of problems that aren’t so simple, and don’t have obvious solutions.

Imagine this scenario: An 18 month old child gets plenty of fresh air and sunlight during the day, goes down easily for long, restful naps, but when bedtime rolls around, suddenly they’re full of energy and want to play. When they’re told it’s time for bed, they get upset and bedtime becomes a battle. Once they do finally get to sleep, they wake up several times at night and never sleep past 5:30 in the morning. So what’s going on? Is baby getting too much sleep during the day? That would be the reasonable assumption, for sure. After all, if us grown-ups were to take a 3 hour nap in the afternoon, there’s a good chance we’d have a hard time falling and staying asleep that night. But the opposite is almost always the case. What baby’s demonstrating in this scenario is actually a need for more sleep, not less. In order to understand this counter intuitive reasoning, first a little background on how this whole system of sleep works. About three hours prior to when we’re naturally prone to waking up, our bodies start secreting a hormone called cortisol, and if you’ve done some reading on your baby’s sleep prior to this, the sight of that word probably causes you to flinch a little. Cortisol is a stimulating hormone, and is also produced in times of stress in order to elevate the heart rate and stimulate the nervous system but in the morning, it’s just trying to get us started. Think of it as mother nature’s caffeine. And if cortisol is our morning cup of coffee, melatonin is our evening glass of wine. Once the sun
starts to go down, our bodies recognize the onset of night and begin to produce this lovely sleep-inducing hormone, which helps us get to sleep and stay asleep until morning, when the whole process starts over again. Melatonin production is increased and starts earlier in the evening when we awaken to some nice, bright sunlight. But as beautifully crafted as this system is, it’s not perfect and it’s easily confused. So in the situation we examined above, here’s what’s happening…Baby’s taking great naps during the day, which is obviously wonderful, and she’s getting lots of time outdoors, so her body’s ready to crank out some melatonin when nighttime rolls around. So what’s
with that burst of energy right before bedtime? The brain instinctively decides that something isn’t right; that for
whatever reason, baby can’t sleep.  So that’s exactly what it does. Baby’s system starts secreting cortisol and, before you know it, she’s a little bit cranked. This often shows up in the form of playfulness and an abundance of energy. In short, baby missed the window and now she’s going to have a hard time getting to sleep, but her behavior indicates anything but sleepiness. So what does all of this have to do with the dreaded 3 A.M. wake ups? Here’s what happens… Assuming your baby’s circadian rhythm is scheduling a 6 A.M. wake up, then her body starts to secrete cortisol three hours prior to that and at this point, the melatonin production has ceased for the night. So baby hits the end of a sleep cycle around 3:00. She gets to that “slightly awake” state, and now there’s a little bit of stimulant and no natural sedative. This, combined with a lack of independent sleep skills, means that baby’s probably going to wake up fully, and have a really
hard time getting back to sleep. So now for the big question you’ve probably been hoping I might have an answer for.

While there’s no quick fix for adjusting baby’s hormone production schedule, you can definitely help her out by getting her outdoors during the day as much as possible. As I mentioned before, natural light during the day is the big cheerleader for melatonin production at night. It also helps to ensure that baby’s room is as dark as you can get it at night, and start turning down the lights in the house at least an hour before you put her to bed. Simulating the sunset will help to cue that melatonin production so that it’s in full swing when she goes into her crib. Avoid any TV, iPhone, tablet, or screen time of any kind for that same hour before bedtime (preferably even longer) as these devices emit a geyser of blue light, which will stimulate cortisol production right at the time when you’re trying to avoid it. But above all, the number one way to help your baby sleep through the night is to get her on a predictable, consistent sleep schedule and teach her the skills she needs to fall asleep independently. Because the truth is that you’re never going to prevent nighttime wake ups. We all wake up in the night, regardless of our age. As adults, we just have the ability to calmly assess the situation when we wake up in the dark, realize where we are, see that it’s still nighttime, and go right back to sleep. Most of the time we don’t even remember it the next morning. So although we can’t prevent baby from waking up at night, we can safely and effectively help her learn to recognize that she’s safe, in familiar territory, still tired, and capable of getting back to sleep on her own.

I would absolutely love to help if you are struggling. You can head  HERE to book a FREE 15 minute evaluation call. I look forward to hearing from you. 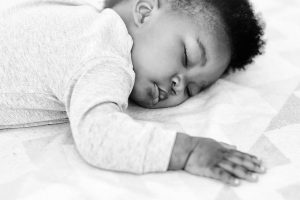